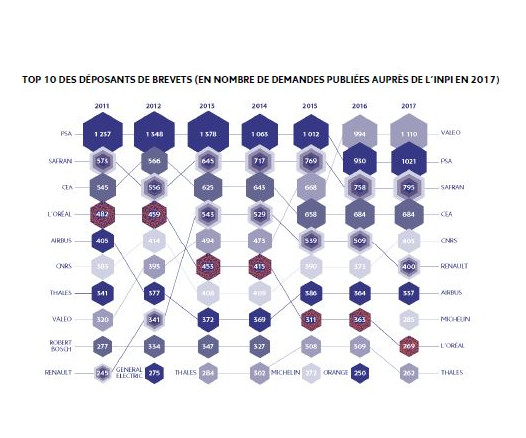 INPI (The French National Industrial Property Institute) has published a report, detailing the top 50 companies/institutions with the most patent applications published in 2017.

There are two notable events in the top ten:

I have prepared a summary, in English, of the section related to chemistry but the original source document remains the reference document.  All figures are taken from the document with English text modified/added where appropriate. 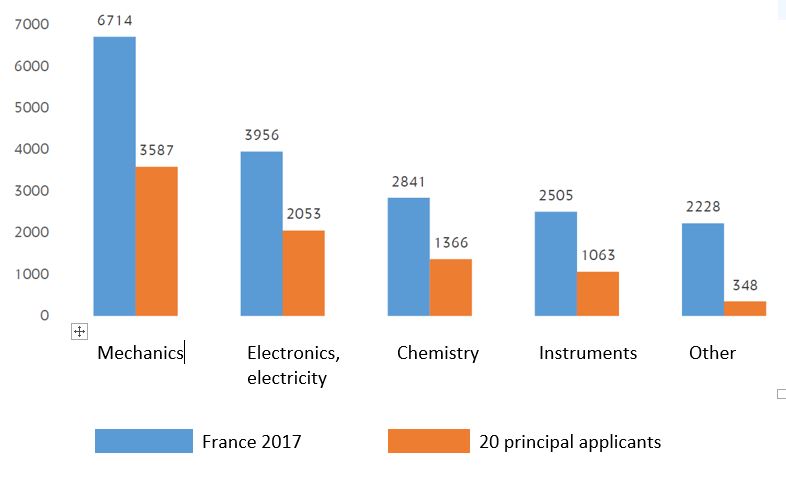 The chart below shows the distribution of filings for the four principal applicants in the chemistry and cosmetics domain.  The principal applicants are ranked according to the number of patent applications published by INPI in 2017.  This is chart 3 in the original document. 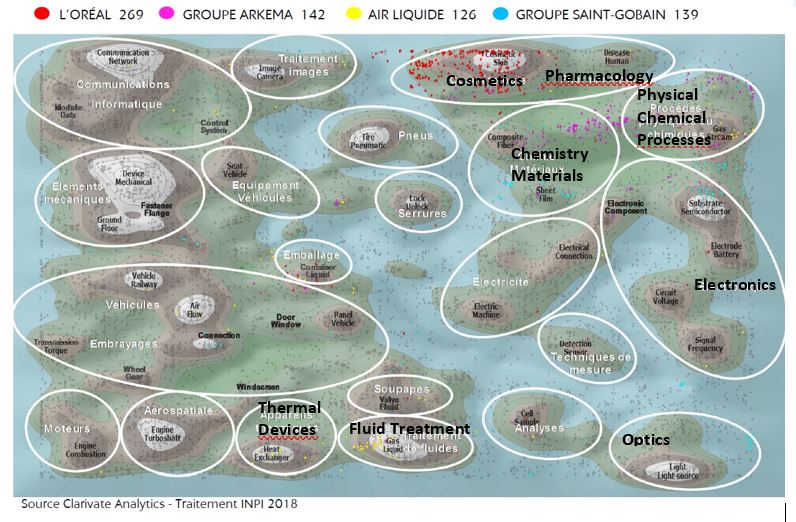 The patent applications from:

Two research organisations – IFP Energies Nouvelles and the CNRS – filed patent applications in the chemistry domain.  These were treated in a separate map (map 6) of the INPI report.