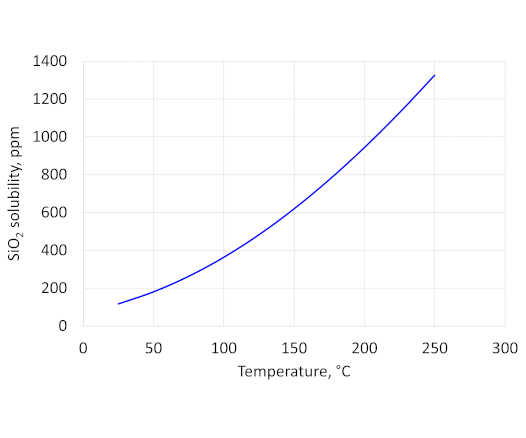 This is the second in a series of articles that will discuss key factors to be considered when testing and evaluating durability of materials for zonal isolation applications.

The high temperature aging of Portland cement systems in non-aggressive fluids (usually fresh water) has been studied for many years.  Generally, cement samples are set in moulds in a water filled curing chamber at elevated temperature and pressure.  The samples are cured for a specified time before properties are determined.

API RP10B-2 Recommended Practice for Testing Well Cements, section 7 describes curing cement samples in cube moulds placed in water prior to determining the compressive strength of cubes.  The curing medium is water with no defined limitations on the presence of salts.  However, in practice fresh water is generally used.

In an early paper (SPE 7875) Eilers and Nelson initially precured samples for 24 hours at 150°C before shaping samples to cylinders 2.5 cm long and 2.5 cm diameter.  Samples were cured for different times at elevated temperatures in different brine solutions.  After aging the compressive strength and permeability were determined.

The US National Bureau of Standards defined a standard practice for testing cement samples for high temperature geothermal well applications.  In this procedure samples were pre-cured for 48 hours at 200°C in Pyrex moulds.  After curing the moulds were broken and cylindrical cement samples  with a length to diameter ratio of 2 prepared.  These were then placed in autoclaves and cured in brines at elevated temperature.

Although the above two references use brines for the long-term curing, and so could be considered as aggressive environments, the general principle of pre-curing samples, preparing cylindrical samples and then continuing the curing is applicable to curing in all media.  Curing of samples in the form suitable for post-aging testing also maximises the capacity of curing chambers/autoclaves as shown in SPE 101310 (Figure 8).

In a few published cases (e.g. SPE 98896 and SPE 141202) set cement samples have been aged at high temperature in cells filled with sand and water.  Sand was used to ensure that the water surrounding the samples would be saturated with silica.  This would be the case for cement in contact with a sandstone formation.  In paper SPE141202 the authors showed that aging in sand at high temperatures gave higher compressive strengths than aging in water.

Certainly, aging in water is not representative of downhole conditions but there may be artifacts associated with aging in sand in the laboratory, particularly as the samples must be cooled to lower temperatures before removal from the aging cell.  There will be dissolution of silica at high temperatures which will then precipitate on cooling.  If this precipitation occurs inside the set cement samples then the properties determined at room temperature may not be representative of what occurs downhole (at constant elevated temperature).

Work by L.B. Owen from Lawrence Livermore National Laboratory “Precipitation of amorphous silica from high-temperature, hyper-saline geothermal brines” showed that many factors (salt type and concentration, pH, dissolved silica concentration) affected the kinetics of precipitation of silica from solution on cooling but in all cases amorphous silica precipitated in preference to crystalline silica.

However, there has not been much, if any, evidence of differences in cement properties or chemistry between the outer surface and inner parts of cement samples.  Indeed, the authors of SPE 141202 did not observe any difference in XRD traces between the inner and outer parts of the cement samples aged in water-saturated sand.

Thomas et al. in the paper “Fundamental investigation of the chemical and mechanical properties of high-temperature-cured oilwell cements” demonstrated that the morphology of high temperature phases at short (weeks) aging times may be significantly affected by the initial curing conditions.  For example, hydrating a class G cement system with 35% bwoc silica flour at low temperature prior to aging at high temperature (1 week at 200°C) produced a coarse micro-structure more characteristic of aging for months at the higher temperature.  The authors hypothesised that the reaction between silica and pre-hydrated cement created a coarsened structure whereas the simultaneous hydration of cement and silica produces a microstructure that resists coarsening.

Could pre-curing of samples at lower temperatures be a way to accelerate aging of Portland cement/silica systems at higher temperatures?  To achieve this two parameters must be addressed.  Firstly, the equilibrium crystalline form, e.g. tobermorite or xonotlite, at the temperature of interest must develop.  Secondly, the morphology of the crystalline phases at long times must be reached. The work of Thomas et al., discussed above, has demonstrated that pre-curing at lower temperatures accelerates the development of the long-term (coarsened) morphology of the high temperature phases.