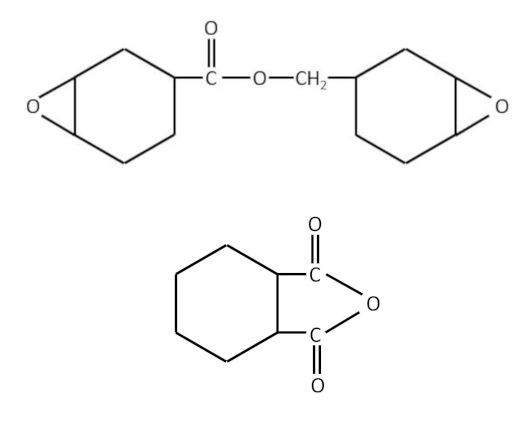 Thermoset resins, such as polyester, vinyl ester and epoxy resins, are being used for specialised sealing applications in oil and gas wells.  Two advantages of these resins over Portland cement systems are their mechanical performance (high strain to failure) and the fact that the base resins are solids free.

However, there are also some less advantageous properties, such as chemical or cure shrinkage, that need to be addressed for successful applications of resins for zonal isolation. Cure shrinkage of resins has been known for more than 50 years within the casting resins and composite industry (J. Brock Spencer, “Cure Shrinkage in Casting Resins,” Sandia National Laboratory, 1961.), but there has been little discussion within the oil industry of the impact of cure shrinkage on wellbore isolation.
The chemical shrinkage of an epoxy resin formulation was measured by Bosma and co-workers at Shell (SPE64395 and SPE64762).

This article discusses the chemical shrinkage during the curing or crosslinking of thermoset resins, and the implications for zonal isolation.

Cure shrinkage is linearly proportional to the degree of conversion over most of the conversion range.  The importance of the cure shrinkage depends on the application, but the shrinkage can be broadly split into two stages separated by the gelation region.

The gelation region is the point at which sufficient polymerisation has occurred to develop a three-dimensional structure.  One way that has been used to determine the gel point is to perform oscillatory rheological measurements with the gel point being identified at the point when the storage and loss components of the complex shear modulus cross over (Winter, H. H. (1987), “Can the gel point of a cross‐linking polymer be detected by the G′ – G″ crossover?”. Polym Eng Sci, 27: 1698-1702. doi:10.1002/pen.760272209).  Prior to the gelation point the resin formulation acts as a viscous fluid: the cure shrinkage is compensated by fluid flow.  Above the gelation point cure shrinkage cannot be compensated by fluid flow and stresses can be generated in the resin as crosslinking continues.

There are several ways to minimise or eliminate bulk shrinkage during the curing of thermoset resins. In many cases a combination of measures to reduce shrinkage can be used.

Manufacturers have developed a broad range of resins to address the very many different applications in which they are used. In several of these applications, shrinkage control is important. However, when selecting a resin for a specific application there is always a compromise to be made between the various properties: viscosity, shrinkage, mechanical properties, chemical resistance and of course cost.

US4697091A was an early patent describing the use of cycloaliphatic epoxides and benzoxazine group containing compounds.  Today the benzoxazine family of thermoset resins are known for their low shrinkage compared with conventional epoxy, phenolic and bismaleimide resins.

Addition of inert fillers to thermoset resin systems will reduce the cure shrinkage by reducing the volume of resin. Inclusion of fillers will also change the mechanical and thermal properties of the system and reduce the cost.

Use of expanding agents